Held in San Francisco in conjunction with PCBC (Pacific Coast Builders Conference), the 2019 Gold Nugget Awards honour design and planning excellence for residential and commercial real estate projects from 14 Western states as well as international projects.  It is one of building industry’s most coveted awards with selection of winning entries determined by a jury of the nation’s leading architects, designers, and developers.

The ABC Green Home 4.0 project won merit awards for “Best Innovative Energy Design” and “Housing Design Innovation” at the ceremony on May 31. The Net-Zero ABC Green Home 4.0 LUXE Project being developed on a Southern California mountain site by a consortium of designers, contractors and vendors will take the homebuilding industry a huge step forward in residential energy efficiency by incorporating a plethora of advanced systems and materials that will make the 3,900 square-foot luxury residence one of the most energy-advanced homes in California.

Sponsored by Newport Beach, CA–based Green Home Builder Magazine under the leadership of owner and Publisher Nick Slevin, who serves as project developer, the super-efficient ABC (Affordable, Buildable, Certified) Green Home 4.0 is being built to Net-Zero, LEED Platinum standards and as such is a notable 37 percent above California’s current Title 24 CalGreen energy efficiency building code. The Craftsman-styled home with distinctive mountain character is also Home Energy Rating System (HERS) rated and has been independently certified by eight separate agencies that it achieves the highest energy efficiency rating standards.

Adding to the remarkable nature of the five-bedroom home’s high energy rating is the fact that it is being built at an altitude of 6,000 feet in Crestline, which Slevin says makes it more challenging for the home’s energy systems to operate efficiently while still achieving Net-Zero energy levels. Crestline is a mountain resort town south of Lake Arrowhead in the San Bernardino mountains in Southern California.

This mountain environment has varying weather that can create large fluctuations in temperature from 30 degrees to 65 degrees in the same day.

“This makes the house work harder to be energy efficient,” Slevin noted.  “To compensate for these variations, the home’s energy efficiency systems and materials are finely tuned and well above the energy conservation standards for residential buildings.”

To achieve the high level of energy efficiency in this residential building – considerably higher than what would normally be the case with more standard energy conservation methodologies – the ABC Green Home 4.0 includes a wide range of advanced energy efficiency systems and materials. A key feature is the solar panel system that will generate 8.3 KW of power to the home, enough to offset the cost of gas, water, and electricity and help achieve Net-Zero energy usage. Additionally, a state-of-the-art storage battery backup system will store excess electricity to power the home during extended period of cloudiness or in the event of a blackout.

An integral part of the solar power system is the placement of the roof-mounted array of solar panels on the south-facing roof. Lightweight concrete roof tiles that are designed as a cool roof to reflect the sun’s rays. A cool roof coupled with the south-facing panels can increase the performance of a solar power system by as much as 10 percent, according to experts. The home’s solar power will also be connected to a charging station in the garage for electric vehicles.

“Starting next year, California homebuilders will be required to install solar power systems on  every new home built in the state and we believe our ABC Green Home 4.0 will serve as a model to show builders in California and nationwide what systems and materials to use to achieve maximize energy efficiency for just about any size home, but especially larger homes that require even more advanced design,” Slevin explained.

Additionally, Slevin pointed out that the concrete roof tiles are treated with a smog-eating chemical that consumes carbon dioxide, a major ingredient in greenhouse gas.

The solar power system in one of many components that together establish the home’s high level of energy efficient operation.  A mechanical room serves as the home’s energy monitoring and control center and houses the energy efficient HVAC equipment, tankless water heater, a combi boiler, the energy recovery ventilation system, and the room is also a workshop.

Along with Peninsula Publishing, which publishes several industry magazines including Builder and Developer and Green Home Builder, the ABC Green Home 4.0 development team consists of Architect Chuck Good-Man, AIA, and the interior design led by Jillian Pritchard-Cooke, ASID and a member of the NAHB Hall of Fame. The engineering teams are CORE Structure Inc., GREEN MEP, Kadtec CE, and homebuilder Steve Bates AGC, a 35-year veteran craftsman homebuilder in San Bernardino County. “The team has selected the best systems and materials that are readily available from the home building industry to create this custom home that definitely has the style and character of a mountain retreat,” Slevin noted.

Known as the “Academy Awards” of the building industry, PCBC’s Gold Nugget Awards are presented annually to the top innovators in design, planning and development. The competition is open to builders, developers, architects, and land planners with communities and projects across the United States and internationally. 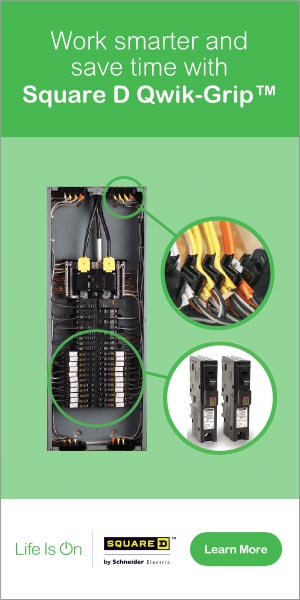